The Liberty Bell has long been linked with freedom and, of course, with the Declaration of Independence. 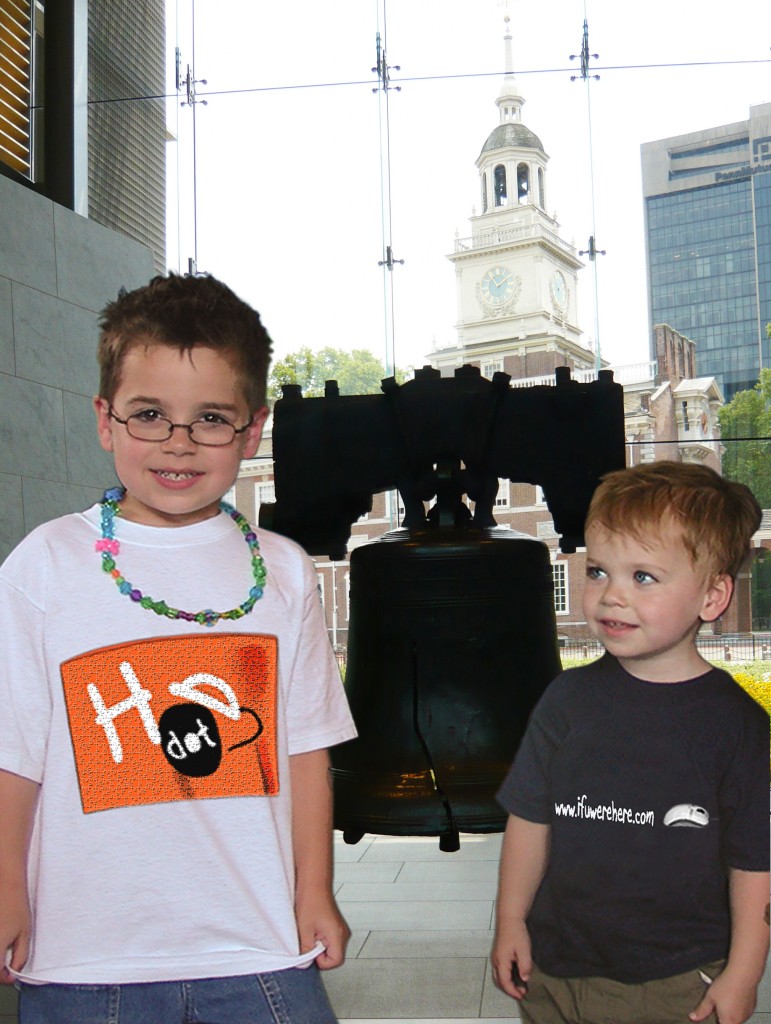 Legend has it, as the story goes, that the Liberty Bell cracked because it was rung so long when independence was declared on July 4th, 1776.  Today, historians highly doubt that the Bell actually rang in 1776 because the steeple which housed it in the tower of Independence Hall was in really bad condition.  The legend, however, remains to this day!  Although no one knows exactly when the Bell cracked for the first time, it is agreed that the final ringing of the Bell was on George Washington’s Birthday in 1846 when it cracked beyond repair.

What will you do on the 4th of July?
Remember to share your photos with a friend or relative at

Also, remember that you can now send photo postcards directly from your celebration on your iPhone, iPad or other smartphone…just in time for the 4th of July!

Virtually more than you can say on the back of the card!

Heckery Dekkery Dot Travel Game Postcards for Children can be sent as you would send any travel postcard, but there is more when you play the game . . . . Heckery Dekkery Dot Travel Game Postcards for Children is a unique travel game which enables all players to learn more about the world around them, but it is first and foremost a children's learning game in which children not only become acquainted with other parts of the world, but also gain respect for other cultures in a fun and easygoing, carefree manner. It is Heckery Dekkery Dot's goal to help children learn about the city featured on the travel game postcard and the people who live there by providing them with an educational as well as a fun website. All photos on this blog were taken by me on my travels unless otherwise indicated.
View all posts by If you were here, →
This entry was posted in #Children, #Education, #Family, #Fourth of #July, #Fun, #Grandparents, #Postcards, #Travel, #travel #game, #Travel #Postcards and tagged #children, #Friends, #Fun and #Educational, #grandparents, #iPad, #Learn more about the #world, #Play the #Travel #Game, #Real #Travel #Postcards #sent in the #Real #Mail, #Relatives, #Send #Postcards from your #iPhone, #Sightseeing, #Smartphone, #Teachers, #Tourists, #Travel, If u were here, If you were here. Bookmark the permalink.